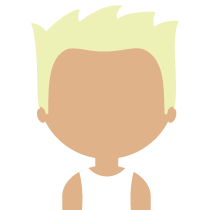 While cremation is gaining in popularity, some people still desire a traditional funeral service. Some of your friends and family may wish the closure that a visitation, funeral, and burial provide. Thankfully, this still remains possible while undergoing cremation. If you're making arrangements for a loved one, here's how you can choose cremation while also receiving the most traditional memorial possible.

The differences between a cremation funeral service and a funeral service for a bodily burial begin after the funeral has ended. There's no procession to the cemetery or internment service. Instead, the deceased is taken to a crematorium.

Instead of a traditional burial service, you can hold an internment service. The cremated remains will be interred in a columbarium niche, which includes small boxes set into a large slab of marble or other permanent structure. The niches are designed to hold multiple sets of cremated remains.

An internment service is held when an urn containing the cremated remains is placed into the columbarium niche and sealed. Many people find an internment service comforting as it provides the same sense of closure as a traditional burial service. Internment in a columbarium also gives you and your family a permanent place to visit the remains of your loved one in a similar way to burial in a cemetery.

Work With Your Funeral Home to Process the Cremated Remains Quickly

It's best to hold the internment service a few days after the cremation funeral service. In this way, it's more similar to a traditional burial service held at a cemetery, which occurs immediately after the funeral. Unfortunately, it's impossible to hold one immediately afterward with cremation simply due to the way the crematoriums work.

You can compensate for this by working with your funeral home to find a crematorium that can cremate and return the remains quickly. Additionally, it's likely that many friends and family of the deceased will be traveling to the funeral. Holding the internment service as quickly as possible after the cremation funeral service will make forming travel plans easier.